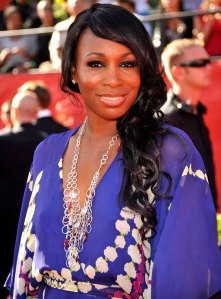 Venus Williams a seven-time Grand Slam singles champion, pulled out of the U.S. Open yesterday and said she has Sjogren’s syndrome.

“I’m really disappointed to have to withdraw from this year’s U.S. Open. I have recently been diagnosed with Sjogren’s Syndrome, an autoimmune disease which is an ongoing medical condition that affects my energy level and causes fatigue and joint pain.” She added: “I enjoyed playing my first match here and wish I could continue but right now I am unable to. I am thankful I finally have a diagnosis and am now focused on getting better and returning to the court soon.”

Sjogrens Syndrome– What is it?

Sjogren’s (SHOW-grins) syndrome is a disorder of your immune system identified by its two most common symptoms — dry eyes and a dry mouth.

Sjogren’s syndrome often accompanies other immune-system disorders, such as rheumatoid arthritis and lupus. In Sjogren’s syndrome, the mucous membranes and moisture-secreting glands of your eyes and mouth are usually affected first — resulting in decreased production of tears and saliva.

Although Sjogren’s isn’t life-threatening, it is an incurable condition where the immune system starts attacking glands that produce tears and saliva instead of fighting infection, according to Arthritis Research U.K. Around a half- million people in the U.K. suffer from the condition, which is usually diagnosed in women between the ages of 40 and 60. The American College of Rheumatology’s website said between 400,000 and 3.1 million people are affected in the U.S.

The exact trigger of the disease isn’t quite clear, Mizutani said {Wesley Mizutani, a rheumatologist on staff at Orange Coast Memorial Medical Center}.”That’s the million-dollar question,” he said. “We don’t really know. There’s probably a genetic component, certainly, but there’s more than that.”Certain antibodies are associated with Sjogren’s, but it seems to need a trigger, like a viral or bacterial infection, for the immune system to go awry.

Once set off, the system can’t really be fixed — but certain steps can be taken to mitigate the symptoms for the vast majority of patients. Keeping eyedrops and a bottle of water nearby are two such easy measures. Brushing after every meal and otherwise good dental hygiene are a must.

More extreme measures can also be taken, from anti-malarial to autoimmune suppressant drugs.

But, Mizutani pointed out, it could be worse. “If I had to choose an autoimmune disease to get, Sjogren’s would be one of the milder ones.”

I’m sending prays and positivity to Venus Williams, like my friends and family have told me ” God is Able”